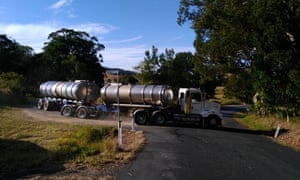 Lawyers for a northern New South Wales council are investigating claims that bottled water businesses have broken the law with recent groundwater extractions.

Tweed Shire council’s planning and regulation director, Vince Connell, says the council is “carefully considering its legal options” after receiving a large number of “noncompliance” allegations from the public about water extraction businesses.

“Council’s lawyers are … reviewing the matters and provide regular advice on how to address compliance relating to existing operators,” Connell says. 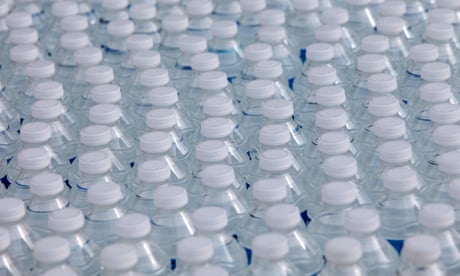 'Greed took over': the farmers fighting bottled water giants for their water

He says the council has been swamped with complaints from members of the public who have photographed and documented water trucks exceeding the number of trips permitted by their licences.

Campaign group Tweed Water Alliance spokeswoman Denise White says she has footage of water trucks operating through the night, despite being subject to a 7am to 7pm curfew.

White fears that if the trucks are making extra trips, they may be mining groundwater in excess of their extraction limits.

The council has not revealed which, if any, of those companies are under investigation.

But bottled water extraction companies in the area maintain that they comply with their licences, and that hydrogeological studies ensure that aquifers are sustainably managed.

Quest Natural Spring Water is licensed to take 12 megalitres a year. Director Gary Appleby says his bores are now monitored and that any claims by Tweed Water Alliance against them are wrong.

“All our trucks are logged and so we have evidence to support the fact that we are not taking more than our licensed amount,” Appleby says.

“The bottled water industry is coexisting with other much larger users of water, whether that be irrigation or more broadly agriculture or industry, and ensuring we all use it responsibly.”

In March last year, the Tweed Water Alliance presented the council with a 30-page report entitled Lawless, which meticulously documented truck movements and a lack of bore monitoring throughout the shire.

“These breaches include exceeding the permitted number of truck trips, operating outside permitted hours, extracting and transporting in bulk water trucks without or beyond authority, and prima facie evidence that the licence holders are exceeding extraction limits,” a November update to the report said.

Farmers fear that the extraction of bore water from local aquifers poses an unknown level of threat to groundwater, creeks and dams.

White says the campaign group has teamed up with the NSW Environmental Defenders Office after they felt their complaints were not being dealt with quickly enough by Tweed Council officers.

But Connell says council is considering its legal options while juggling development applications, appeals and a large number of complaints about water extraction operations. 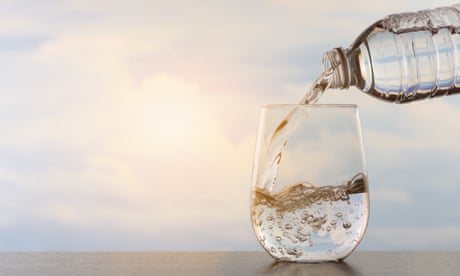 Turning water into wine: how did simple H2O become a luxury commodity?

“Compliance matters can often take time to investigate and act upon through the courts, and to the general public it may appear as though nothing is happening,” Connell says.

In December the council submitted a proposal to the NSW Department of Planning and Environment calling for a ban on water extraction for commercial bottling.

The move follows years of protests and campaigning on this issue by the local community.

If a ban is approved by the planning department, existing water extraction licences will not be affected.

The owner of Tweed water supply courier Black Mount Spring Water, Tim Carey, says sustainability is key to commercial operators. “Our bores are licensed and monitored by the state groundwater authorities and all extraction is metered and regulated.

“If we adversely affect the aquifer or surrounding water users, not only would this affect our licence, our business would not survive.”

The top 10 strategies to turn data into actionable analytics