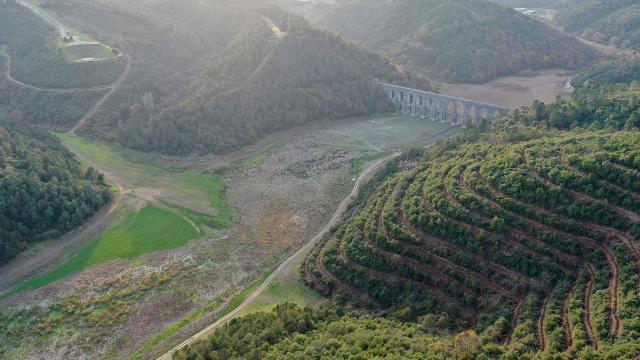 Turkey is planning to build up to 150 underground dams as part of the government’s Drought Action Plan, Agriculture and Forestry Minister Bekir Pakdemirli has said.

The ministry has devised an action plan to overcome the impact of global warming.

“Water is like a precious material, and Turkey may risk becoming one of the countries experiencing drought in the years to come,” Pakdemirli said.

“We do not have to deal with expropriation issues when building such facilities, and those dams do not trigger social problems with people living on the construction site. Besides, underground dams prevent vaporization,” Pakdemirli added.

“We are targeting to build as much as 150 underground dams until 2023,” the minister said.

The action plan will also raise awareness among the public about the importance of saving water, which will constitute the second pillar of the initiative, according to Pakdemirli.

“Every single citizen needs to save water. We should consider water a precious material, just like gold or a piece of jewelry. Today we do not have a serious problem, but the chances of encountering water shortage problems in 20 years from now are increasing,” he said.

Pakdemirli also underlined that Turkey might need to embark on water-saving irrigation methods in the face of the impending threats.

Underwater trickle irrigation systems save up to 30 percent to 40 percent water and help open up drylands to agricultural activities, he said.

The local administrations also need to take action to prevent seepage losses, which in certain districts can reach up to 80 percent, Pakdemirli said, noting that the seepage loss rate is around 37 percent on average across the country.