The Coronavirus Crisis Shows Local Farming to Be an Existential Interest 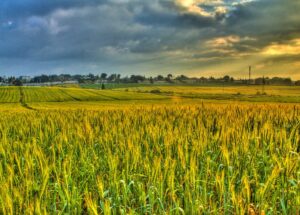 EXECUTIVE SUMMARY: The coronavirus crisis underscores agriculture’s importance as a vital national asset. Public health depends not only on the quality of medical services but also on the availability and quality of food, which makes it vital for the state to maintain the highest possible level of agricultural self-sufficiency.

Until the advent of the coronavirus pandemic, the inhabitants of many of the world’s big cities felt no sense of any dependence on their countries’ local farmers. Every morning, trucks loaded with vegetables grown in Mexican greenhouses streamed into New York. Every evening, aircraft full of Turkish vegetables flew to Berlin to be sold in the markets in the morning.

The marketing of Israeli agricultural produce, like that of all other consumer products, has detached from domestic production. Even in midwinter, South African grapes are available on grocery shelves in Tel Aviv. In that metropolis, practically all interest in the fate of the country’s farmers has ceased completely.

How did this happen? The Treasury and the Ministry of Agriculture were united in their belief that for economic reasons, the Israeli agriculture market should be opened up to global competition. When they allowed imported Chinese fish to flood the market before each holiday, they severely hit the Israeli fisheries industry, but explained that this was necessary to lower the cost of living. They maintained this argument despite the fate of the Israeli textile factories, which were badly affected by cheap Chinese imports.

In the face of these measures, Israeli agriculture has essentially come to a standstill. Farmers in the country are having difficulty surviving and farms are closing down.

With the advent of the coronavirus crisis, an opportunity has been created to redefine the basic assumptions of the state’s attitude toward agriculture as a vital national asset. As the global market disruption forces each country to concentrate on satisfying its own needs, it is becoming increasingly clear that states must be independently capable of producing the necessary food—indeed, this is no less than an existential need.

Public health depends not only on the quality of medical services but on the availability and quality of food. Obviously, it is easier for the state to ensure distribution and monitor proper standards when the food production process is local.

Beyond that, we must remember that even in the digital age, the human soul needs open space, which since the dawn of human history has included not only undisturbed nature but also the agricultural landscape. The ecological balance between city and village defines the cultural uniqueness of the city and connects it to the countryside that sustains it.

As far as Israel is concerned, it is also worth recalling that while in exile, Jews focused on trade and white-collar pursuits, leaving agricultural labor to others. When they returned to their ancestral homeland, they restored their connection to agriculture. About a century ago, the prominent Labor movement thinker D. Gordon said: “If we do not work the land with our hands … The land will not be ours and we will not be with the land. We will be foreigners here, just like in the Diaspora.”

It’s time to get back to basics. Local farming is an existential interest.

This is an edited version of an article published in Israel Today on April 5, 2020.

Maj. Gen. (res.) Gershon Hacohen is a senior research fellow at the Begin-Sadat Center for Strategic Studies. He served in the IDF for 42 years. He commanded troops in battles with Egypt and Syria. He was formerly a corps commander and commander of the IDF Military Colleges.